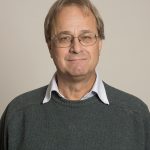 Frantz Grenet (born November 6, 1952) studied at the École Normale Supérieure (1972-1977) and was agrégé in history in 1975. In 1977-1981, he was co-director at the French Archaeological Delegation in Afghanistan, then researcher at the CNRS (1981-2013; Director of Research since 1990) and Director of Studies in the Faculty of Religious Studies of the EPHE (1999-2014) on the chair « Religions du monde iranien ancien ». He also headed the French-Uzbek Archeological Delegation in Sogdiana (1989-2014). In 2013, he was elected as Professor at the Collège de France on the chair “History and cultures of pre-Islamic Central Asia”. 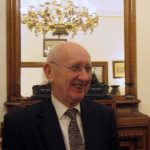 Born in Solaize (Isère, France) on 1st March 1931, Philippe Gignoux was associated researcher and junior researcher at the CNRS (1964-1955). He later taught at the EPHE, Department of Religious sciences, and was promoted to the professorship (Direction d’études) there in 1970 when he succeeded Prof. Jean De Menasce in the chair of “Religions of Ancient Iran” (Religions de l’Iran ancien) which he occupied until his retirement in 2000.
He has been elected Corresponding Member of the French Academy of Inscritpions and Belles-Lettres. He was awarded the Roman and Tania Ghirshman Prize of the French Academy of Inscritpions and Belles-Lettres and the Book of the Year Prize of the Islamic Republic of Iran.
From 1972 to 2000, Philippe Gignoux served as Treasurer of the Association pour l’avancement des études iraniennes, and from 2000 to 2017 as its President. He is a founding member of the Association and of the Studia Iranica journal. He served as Head Editor of Studia Iranica until 2000 and of the editorial series Cahiers de Studia Iranica until 2017.

Gilbert Lazard is a linguist and Iranologist whose work focusses on various Iranian languages and general linguistic. He held the position of professor of Iranian language and civilization at the University Sorbonne Nouvelle – Paris 3 (1969-1981), and of Director of Studies for linguistics and Iranian philology at the EPHE (1972-1990). From 1972 to 1983, he directed the research team on Iranian language, literature and culture affiliated with the National Centre of Scientific Research (CNRS). His publications include Grammar of contemporary Persian, French-Persian Dictionary, and translations of classical Persian poetry. He was a member of the French Academy of Inscriptions and Belles Lettres. 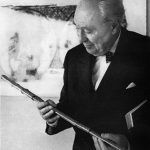 Roman Ghirshman (October 3, 1895, Cracow – September 5, 1979) was an archeologist specializing in ancient Persia. He was mainly interested in the archeological remains of Bishapur in Fars, Susa and Tchogha Zanbil, published the findings of the archaeological excavations of its ziggurat (4 vol.) and also directed excavations in Bagram (Afghanistan), Iwan-i Karkheh and Masjed Soleiman (Khuzestan). He was director of the delegation of the Louvre in Iran (1931-1941), of the French Archaeological Delegation in Afghanistan (1941-1944) and of the French Archaeological Delegation in Iran (1945-1973). He was a member of the French Academy of Inscriptions and Belles Lettres and published approximately 300 scientific articles and 20 books.